Remembering the Lamed Heh: Where to Visit

“Here between Hebron, City of the Patriarchs, and Jerusalem, capital of the House of David, the Hebrew nation was cradled.” – Dov Knohl, author of Siege in the Hills of Hebron

As we approach the anniversary of the fall of the Lamed Heh, a convoy of 35 courageous fighters of Gush Etzion massacred on January 16, 1948, we honor them this coming week by telling their stories and illustrate the legacy they left behind. Heritage sites and attractions connected to the story of Gush Etzion can be found below! 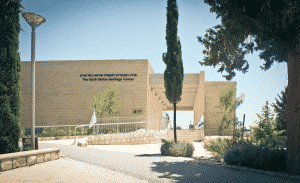 The Gush Etzion Heritage Center tells the story of the establishment of Gush Etzion, from its early beginnings to the fall of the Gush during the War of Independence and its rebirth. The site includes a sound and light show and a memorial to the heroic defenders of Gush Etzion.

In the words of David Ben-Gurion when he declared the establishment of the State of Israel: “If Jewish Jerusalem exists… it is first and foremost due to the fighters and settlers of Gush Etzion.” 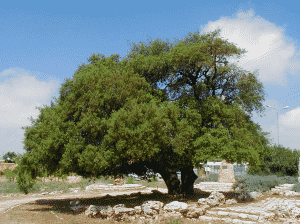 Gush Etzion is often symbolized by the Lone Oak, a centuries-old tree in between Alon Shvut and Rosh Tzurim.

The site includes a three-dimensional topographic model of the entire Gush Etzion, playgrounds for children, and a voice recording describing the story of the tree. The ancient tree signifies Jewish resilience and existence in the region, despite destruction or terror as faced by the Lamed Heh Convoy. The total population in Gush Etzion is now over 70,000, and the Lone Oak sits alone no more. 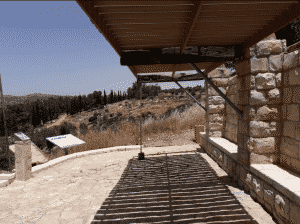 The Lamed Heh Lookout Point is a great stopping point on the way to the many tourist attractions in Gush Etzion, overlooking the beautiful Elah Valley and the site of the Lamed Heh’s final battle.

The two lookout points on-site both have shaded and sitting areas, and includes a recording that tells the story of the battle and struggles faced by the Lamed Heh Convoy. 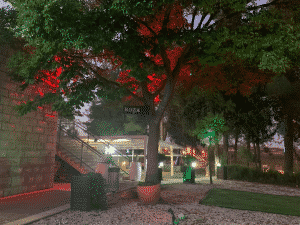 The Gush Etzion ancient fortress, a preserved building preceding the 20th century, is now the site of the delicious Roza steakhouse! Structures such as these previously served settlers such as the Lamed Heh (Convoy of 35), and today does the same for their dear descendants.