New! Hiking Trails on the Cliff of the Patriarchs 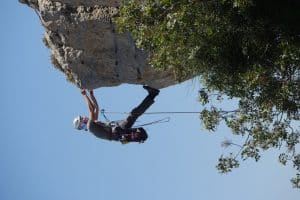 The cliff on the Path of the Patriarchs in Gush Etzion is located between Elazar and Neve Daniel. The cliff opened for climbers in July of 2020, with the support of the Israel Climber’s Association, and funded by the Gush Etzion Tourism Council.

To the Walla article on the various routes, click here.