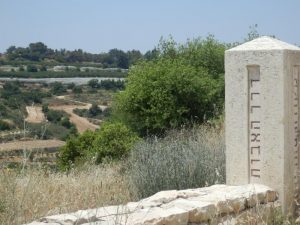 Path of the Patriarchs (Derech Haavot)

The trail begins at the Lone Oak, the central symbol of Jewish existance in modern day Gush Etzion. From there, walk on the Path of the Patriarchs beginning at an ancient Roman millstone. Along the path, discover an ancient Mikve (ritual bath) dating back to the Second Temple Era and breathtaking views of Gush Etzion. The route concludes in Neve Daniel.

Directions: Start point: The Lone Oak, the site of a three-dimensional, topegraphic model of Gush Etzion, children’s playgrounds, and an explanatory voice recording telling the story of the site.
From the oak, continue north on the path for about 200 meters, until an appearance of a dirt road that turns right to “Derech HaAvot”.

Note- This route is not circular. 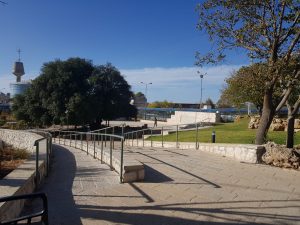 In recent months, the site has undergone upgrades, and visitors can now enjoy a three-dimensional topographic model of Gush Etzion, childrens playgrounds, a grass lawn, and more. 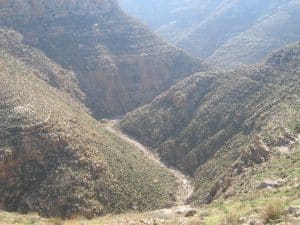 Park near the Tekoa Horse Ranch, and descend to Nahal Tekoa according to the signeage. Enjoy natural, breathtaking desert views surrounding a river that empties into the Dead Sea.

Note- the Haritoun Cave is accessable ONLY by a tour guide! 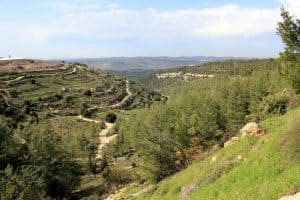 Park at the Ein Hubela spring at the entrance to Bat Ayin, and discover ancient sites along the trail including a Mikveh (ritual bath) from the Second Temple period and a winepress from the Byzantine period. From there continue according to the signeage leading to the next natural springs in the region. Descend to Ein Livneh, a shaded pool in the shadow of the Mediterranean grove trees surrounded by green trails. Ascend to the Jumjum ruin, which contains fascinating archeological stories. Continue along the blue marked trail to Ein Sajma, also named Ein Yitzhak after Yitzhak Weinstock. Then, descend to the Dubek Pool, which was renovated by the youth of Gush Etzion.
From there, ascend to the old Massuot Yitzhak forest, the end point of the route.

Note- route is not circular. 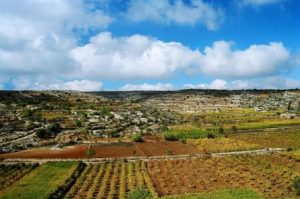 Descend from Givat HaDagan along the trail marked in black to Nahal HaPirim, named for the hills that carved the ancient aqueduct during the Second Temple period by Herod the Great. Enjoy the agricultural scenery of the multitude of vineyards and irrigated farming. Conclude the route at the Biyar Aqueduct park and enter the aqueduct, equipped for cool, halfway deep water with flashlights and a change of clothes. (Entrance to the Biyar Aqueduct available for a fee)