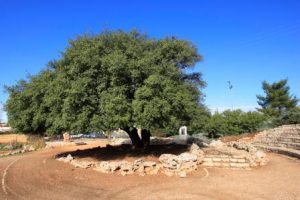 Each Tuesday until the end of May, the Israel Nature and Parks Authority invites you to join a tour of the Lone Oak, Path of the Patriarchs, and the Gush Etzion Heritage Center- free of charge!

The tours begin at the Lone Oak Tree– the symbol of Gush Etzion. The site features a topographic model of the entire region, an explanatory voice recording, food stand, and more. As the name implies, tours continue on the route of our patriarchs. Enjoy breathtaking views of the Judean Plains and vineyards on your journey, and even encounter ancient sites dating back to the Second Temple period. 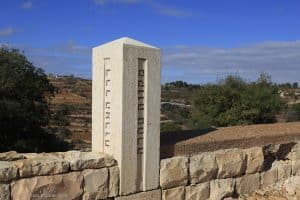 Tours will end at the Gush Etzion Heritage center, a heritage site set up on the ruins of the Kfar Etzion “bunker,” where the regions’ defenders fought and fell. The historical light show tells the extraordinary story of Gush Etzion’s founders, from the War of Independence until their children returned home, after the Six Day War.